Three little letters; such an unobtrusive little word – Can. It pops up in all sorts of local and popular vernacular. A positive little word – “I can.” In the recording and film industries – “it's in the can…” – again, positive use, indicating a successful shot or take (the “can” referring to the metal container used to hold exposed movie film or the print to be projected at the cinema). Or then there's the use with slightly more slang humour – “he's stuck in the can” – referring to someone who has been in the lavatory rather a long time! 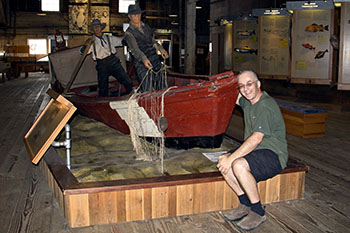 For the good, hardworking folk of the Steveston district of Richmond, BC, “can” had a rather more basic, perhaps ominous, meaning, for in this case, that little word denoted the small cylindrical container that contained… Fish. Lots of it. For Steveston lies on the banks of the mighty Fraser River, just before it drains into the Pacific Ocean. And the Fraser often has lots and lots of fish – Salmon. Once a year, the salmon return to their birth places up-river to spawn anew, the famed “Salmon Run”, some years up to tens of millions of individuals making the arduous trip against the flow of the water. For centuries, the fish would have just the natives – early humans and bears – to survive on their journeys, but then came the Industrial Revolution, the sudden upsurge of human ingenuity, and the mechanization of all sorts of everyday activities, including food production.

With all these fish systematically being caught on the river, and hungry mouths to be fed all year round, some way had to be found of preserving the food, which would otherwise perish within just a few days. And the answer then was – CANNING. All along the Fraser River delta, canneries sprang up, hot, smelly, often dangerous, places devoted to the mechanical packaging of all this fish product into tins. 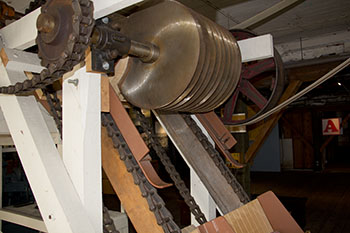 Here in the early 21st Century, pretty much all of these canneries have now disappeared, but a story remains of the sweat, toil, and often sheer personal sacrifice, of the people that worked in them – mostly folk from overseas, paid very little, and kept out of sight and out of mind by the more affluent classes of the population who hungrily and eagerly consumed the product without any more thought towards it other than perhaps how cheaply and conveniently it could be had from the local shop.

Tour guide Anna, on the subject of muck and grime

One such cannery in Steveston has been preserved by the government, and now serves as a museum, even a monument, to the bygone food industry which once existed here. Upon entering the place, one immediately gets the impression of an empire once run for huge profits by the affluent owners, whilst those that actually generate the profit – the workers – received no more than a basic living in return for exposure to considerable personal risk. And those workers were, generally speaking, mostly from overseas, perhaps vulnerable immigrants to Canada, at that time with little choice but to take whatever they could to support themselves and their families. Here in the context of the early 21st century, I am left feeling that the Gulf of Georgia Cannery stands as a slightly awkward, painful reminder to us all of the social injustice that once existed, and still exists today in parts of the world, in industries geared towards producing food, clothing and consumer goods for the greedy western world, all with the one overriding criterion – CHEAP and lots of it… A visit to this museum won't be comfortable for all, leaving the visitor, as it does, with a sharp jab in the ribs, a reminder of the social injustice which once existed in the western world, and often still persists in the so-called emerging economies. 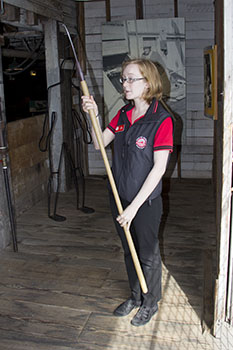 Demonstrating the use of a Peugh Stick

The tour began – Anna, our guide, at the helm – and a story unfolded which would make ones toes curl. Fishing for days on end in the early open boats, the grime and stench endured by those whose lot it was to clean and prepare the fish, and the sheer disregard for health and safety (by modern standards), with unguarded mechanical equipment and whirling knives and blades everywhere. Even tales of young children put to work from an early age, and infants who were still looked after by their working mothers even on the factory floor, even amid all this muck and danger. 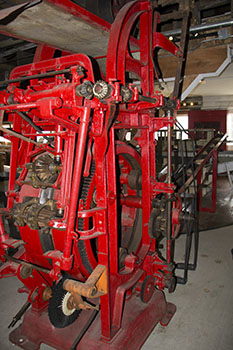 The canning industry had pretty much died out in this part of BC by the start of the Great Depression in the 1930s, having lasted no more than about 50 years. The plant attempted to diversify, but closed completely in the 1970s. Here in 2013, a visit to the Gulf of Georgia Cannery is well worthwhile, perhaps not a laugh-a-minute carefree experience by any means, in fact more of a pilgrimage for those with a little sense of social justice about their consciences, and an essential education for those without. But I doubt any of the latter would ever consider setting foot in this neighbourhood… Shame, really. For them, food will simply remain something that just comes from the supermarket, without even a modicum of awareness of the actual hardship and danger actually faced at times in its production…

As a footnote, Anna, our guide, it turns out, will be heading to my native city of Bristol this autumn, to study as a historian at Bristol University. I wish you well, Anna – enjoy Bristol, a city of many memories for me growing up, and a place with its own often painful, but often beautiful too, story to tell. But for now, thank you, Anna, for looking after me at the Cannery and opening my eyes afresh to the world of those who work in all corners of the earth, toiling away to keep us lucky, but often ignorant, westerners supplied with cheap food and pretty consumer goodies… 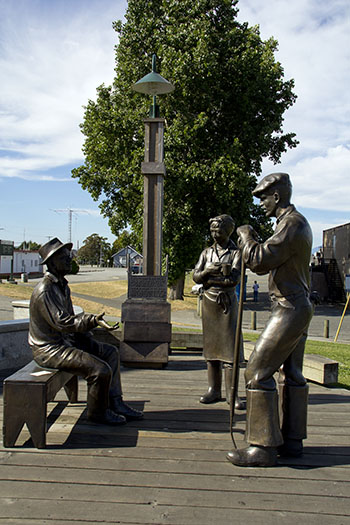 A permanent monument to the workers